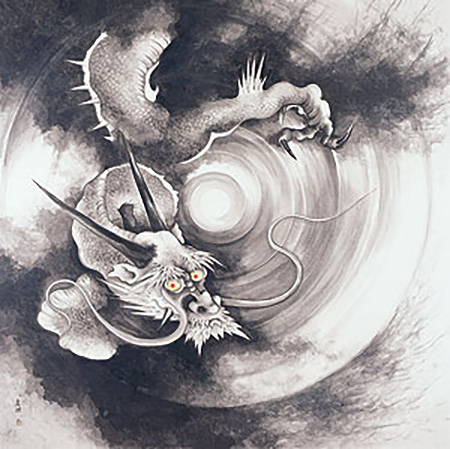 The dragon is a mythical beast that has been admired as a water god, The dragon is versatile and agile, rising high into the sky and diving to the ground. It was believed that air and land hydrated by movements of the dragon. Black is the color symbolizing water in Ying-Yang philosophy, as well as color representing ancestors. The Black Dragon was created to express dragon-worship that was practiced by our ancestors. The eyes were colered red, the color of Japan. However, sumi ink was used to pay respect to the importance of water, due to its characteristic of not contaminating water. The movements of water and of air currents were expressed with close attention to every scale of the dragon.